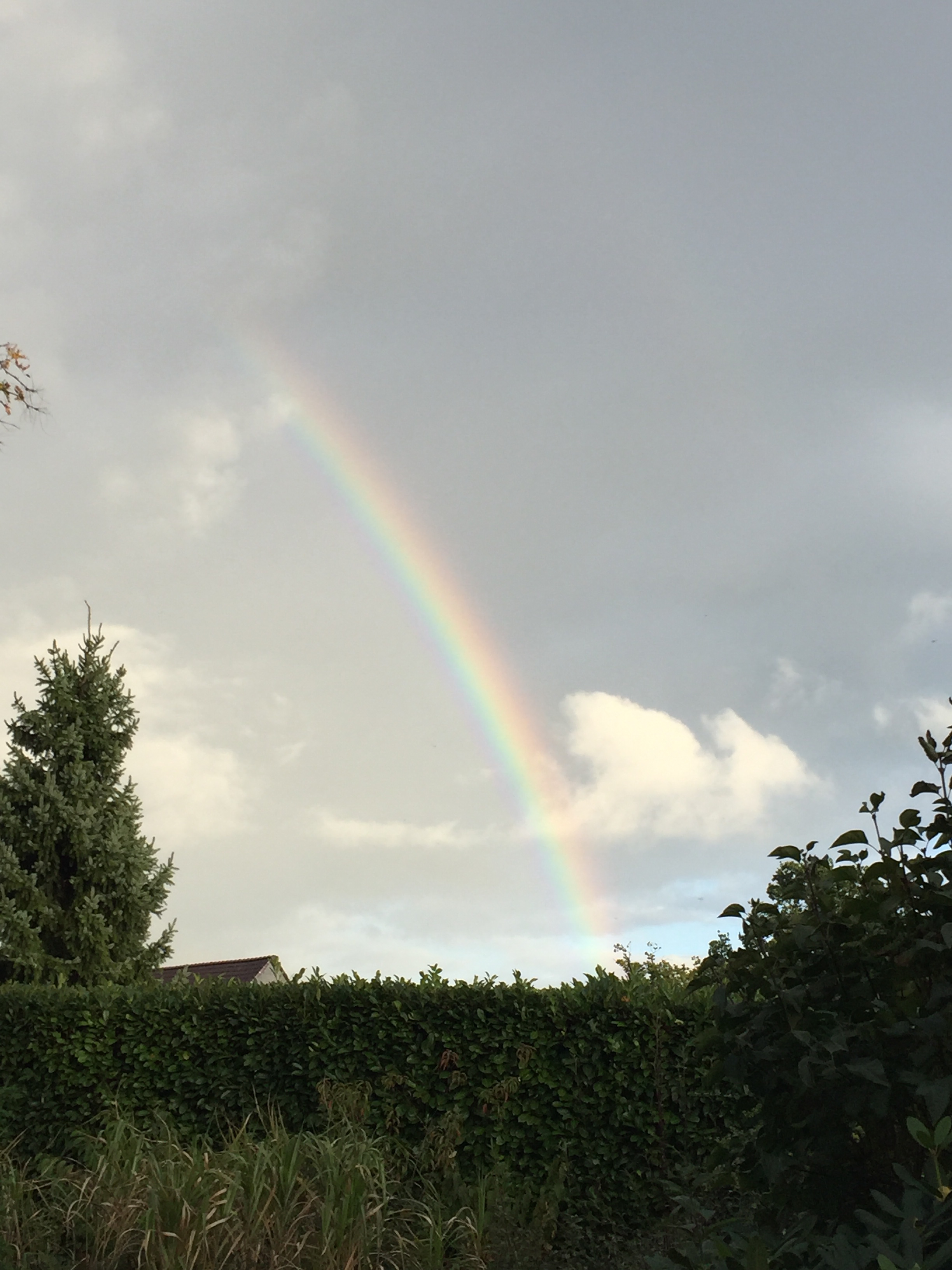 A mortgage life insurance over here, means that when you buy a house on two wages and one of the partners comes to pass, the mortgage will be partially or completely cancelled. The insurance is not obligatory, but most banks here will make it a mandatory condition to give you a mortgage .

To determine how much you pay, you get a medical checklist. An example: My partner indicated he was a smoker (he isn’t anymore, yey!).  And I filled out my past use of antidepressants, although I didn’t use any the moment I got the form. I had also, a month before, quit sleeping meds. People called us stupid for filling the medical list out honestly, but we wanted to protect each other as much as we possibly could, and to make sure no one had a leg to stand one in trying to deny the fulfillment of the insurance. I stand behind that decision.

I would like to point out that getting this insurance is perfectly impossible when you have, for example, cystic fibrosis. In fact the entire mortgage is forfeit, in that case. I am sure there is an entire list of diseases that make house loans impossible and that’s a freaking disgrace. That’s a horrible shortcoming in social security. What is security when it doesn’t protect you from what you cannot change?

My partner’s part of the insurance was above the standard rate, which we accepted. We knew it would be more.

Mine was double that rate, despite me not being a smoker and having, in general, healthy life habits.

Now, remember: I quit my sleeping meds a month before. If you have ever been on those, they are majorly addictive. I tried to quit them many times before. I had just arrived at a point in my life where I was so fucking angry at them that I declared to my friends I would rather turn into a permanent zombie than every use them again. And I was. I was a zombie for half a week and then I fell asleep on the couch. And on a friend’s couch, and they found it awesome and I was pretty damn proud.

Which meant that when I received back our insurance rates, I was still on the high of victory and I turned into the most monstrously angry version of myself I had ever been. This was beyond what I was willing to accept. It wasn’t just and it wasn’t fair and I was willing to go to war to make that point.

So I found the GP who signed the verdict (a person who I had never met) and called his practice. During a work break, in the hallway, because none of my colleaguesknew I had had depression or sleep troubles. I trusted them. But they were partof my happy safe zone at that point and they saw my happier self, the one I wanted to be. I didn’t feel like sharing this. It was a stress call, even for that.

The GP’s secretary asked me who I was, and I told her the GP had signed some documents I wanted to discuss. She put him on the phone.

I told him that he had signed my medical checklist and rating it and that I had a huge issue with him deeming me a suicide risk without him ever having met me.

He got defensive. He told me as much: that he felt freaked I had contacted him on his home address. (I googled his practice, by name and location, not his home, but many GP’s have a home practice and so apparently did he.). I could tell he was taken aback, and that this was the first time someone he had signed papers for ever contacted him. No wonder. Every person I talked to told me I wouldn’t ever change the verdict insurance gave me. We just don’t believe it possible. Ithink, in many cases it IS impossible. But that was not why I went to war.

I went towar because I had fought a huge battle with myself. Because I had sought and found, with the help of the people I love, the help I needed. Because doing so helped me survive.

And I told him how many people had prompted me to lie about past medication, but I did not because I felt it was a good, healthy thing to seek help for mental illness. That his verdict proved them right and me wrong, and that was the message he sent me.

He told me that was not the intention, that these were standard lists. I asked him whether the medication I took threatened my longevity and he denied that.

I asked him whether he thought that I was still a bigger suicide risk than the person who would not, because of actions like his, seek out help and who would instead suffer alone.

I could have met a lesser person. But I met someone who admitted that he couldn’t possible judge without having seen me.

I could have met a lesser person, but I did not. He told me to send a formal objection, and to write down what I told him, and add a declaration of my treating doctors.

So I did. I wrote the entire story down. Which was not fun. But I think it was a worthwhile undertaking, because for the first time, I wrote it all down AFTER. I blamed myself, but also a former employer who didn’t protect me. I most of all, wrote about the fight and all the steps I took to recover. And there were many.

My psychiatrist, who I went to see especially for this account, too, got mighty mad. He had his own accounts, which he added and he told me I could read them.

I never read them. At this point, I had gained something from him that was worth a million: trust. I did not need to know. I was also completely done and exhausted with the issue.

Two weeks later I got a letter from the bank saying my rate had been dropped to the absolute minimum.

This has been a life-defining victory for me. There is no denying that. I rediscovered something about myself that I had lost along the way: that I can step up my level of brave by ten levels when I really care.

Getting punished when you have not done wrong is wrong.

I got this verdict when I was quite far along in  my recovery. And I was ready to tear the person who gave it and the entire system that supported him into smithereens because I knew that for my past self they could have been my final blow and they could be someone else’s.  And I felt they should not get to deliver itwithout being held accountable.

Signing papers is easy. Signing people’s futures is quite another.

I still find it mind-boggling that I obtained this change. It taught me a great deal about how life hardens us into not caring. And how people can be prompted into caring anyway.

I have forgotten the GP’s name (much to his relief, I assume) but he has changed the way I walk through life. I still feel he did a lot of wrong. I also feel he did some right. Maybe I was scary enough. Maybe he cared enough. We will never know.

But whatever changes were made, they were made because I tried.

And so today, I’ll always try.